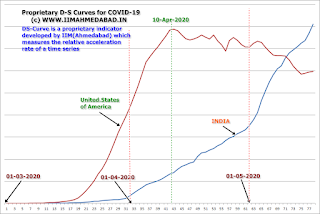 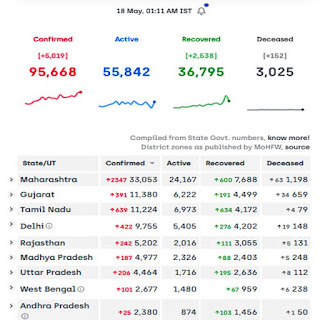 Friends
All my post job life has been devoted to anti graft activity without much success. Never been in politics. Therefore never heard of Modiji before.
He Modi ji has been a gift from almighty for the people who did not deserve him. May be Allah/ Ishwar/ Guru Kripa/ Jesus's,  true followers prayed for him and 'we the people who benefited got him for free.
Idiots will always remain that way.And cowards  too! Pl pray for MODIJI's long life particularly as Prime Minister. Ignore  the evil. Filter the good .
.Last elections I voted for the first  ever time for , for and for ModiJi alone
Er. Omkar Razdan, Former Vice Chairman and, Life Member, Transparency International,India,
On Monday, 18 May, 2020, 10:52:05 pm IST, Col. BL Gupta <indiaresists@lists.riseup.net> wrote:
What are you up to?
The man - Mr Modi - working 24 hrs only for the good of the nation has to be only encouraged/appreciated/praised.
What is your hidden agenda?
Whether America likes or not, but those who like America try to go & get settled there. Disgusting beyond limits???
Try your best. Good luck.
.B L G
On Mon 18 May, 2020, 3:15 AM ravi kapoor, <indiaresists@lists.riseup.net> wrote:

To all IAC-ians
Now that Central Govt. has thrown in the towel in the fight against COVID-19 and handed over the responsibility to the States, I can make the following SCIENTIFIC observations (see attached images at end of my email)
1. Mr. Modi has obviously realised that this virus is going to run for at least another 2 months and he has nothing new left to say. (Other members have already commented on how hollow and full of bombastic rhetoric his past 2 speeches have been).
2. Mr. Modi has also realised  that its better to be like Rahul Gandhi and take potshots at opposition Governments from a distance for failing to control COVID-19 without taking responsibility.
3. That India's official (but rigged and downplayed) numbers have reached  5,000+ new infections per day (screen shot attached).
4. That our proprietary AI-driven indicators at IIM Ahmedabad show that the USA achieved its infection peak on 10-April-2020 and the number of daily infections is dropping daily there (albeit slowly) for the past 45 days. In India, the peak is still some time away (however, India's official statistics cannot be trusted and are downplayed, like China does, by a factor of at least 12 through systematic incentivization to downplay cases and deaths)
5. The recent Data driven research from the USA (New York) shows that there are 20 asymptomatic infections for every reported case. In New York, the most badly affected metro city of USA, rapid antibody tests there estimate that 20% of the population is infected. Similar (very confidential tests under NCDC using controversial Chinese rapid kits) mass tests carried out in Mumbai's slums of Dharavi, Antop Hill, Mohammed Ali Road, Lower Parel areas etc recently show that only 4% of the population is asymptomatic or has encountered the virus.This is disturbing because it shows India is very far away from the herd immunity levels of 65-70% infections needed.
CONCLUSION : The USA has adopted a strategic policy of ACCELERATING the spread of the virus and they could achieve "PEAK" transmission in only 22 days of Phase-2. In India despite 70 days of painful Lockdown we will not achieve PEAK. After 45 days of PEAK (on 10-April-2020) and with a sustained DECLINE in transmission rate the USA can consider easing up on (nominal) Lockdown restrictions and open their country up. On the other hand the RASCAL SCIENTIFICALLY ILLITERATE "PROSTITUTE" IAS officers in MHA and MoHFW are relaxing restrictions and opening up the Indian workplaces when the disease is at the early stages of the most dangerous and prolonged stage 3 and is ACCELERATING STEEPLY.
God save this country from such IAS fools in our Ministries. What "steel frame" is this IAS, when they are as weak as rubber bands ?
Ravi
Images attached

Every patriot who saw Maj.Genl (Retd) G.D. Bakshi most recent clips, is concerned if he is actually a Pakistani / Chinese paid agent responsible for infiltration from Pakistan (as his victim/target Danish Rizwan publicly alleges here) or just another boozed bum with dementia or other psychological disorders.

The President of India should strip him of his rank (a) for conduct unbecoming of an army officer, and (b) for lowering the image and morale of the Indian Army. as confirmed by sober officers like @LtGen_Roy and others.

Ex-servicemen should also be banned from appearances on television news channels. It's a great pity that so many of them, perhaps having squandered their pensions, are compelled (for payment or their bloated egos) to perform as toothless old lions and bears in Arnab Goswami's 3 ring circus.
Posted by Hum Janenge at 4:58 PM No comments: