YOU CAN EXPECT THE UNEXPECTED !

Please note there are two revealing Posts on www.indiadefenceforum.com.
One below has unique operational excerpts of HOW 6  IAF MIRAGES HIT BALAKOT on 26th and how PAF retaliated and on KARGIL truth and Israelis and Mirage 2000s. Another has excerpts of India vs  China Challenges of the future......
PLEASE DELETE IF BUSY

THIS IS A IDF BRIEF REPORT MADE SIMPLE ON BALAKOT ATTACK & KARGIL BOTH BY PGMs IS A IDF'S SALUTE TO MIRAGE 2000s —-THE HEROES IN BOTH FORAYS WITH  INPUTS ON NAVY NEEDING PLATFORMS ! NATIONS NEEDS CDS & JOINT GROWTH FOR SECURITY WHICH DOES NOT COME CHEAP !

The report from Sengupta in Force states shortly after 2 am on 26th February 6 UPG Mirages with a Spice-2000 PGM  underbelly flew from Gwalior, entered the civil air-corridor to Agra, got refueled by two IL-78MKIs. 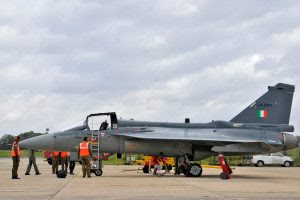 By 3am. Another 6 Mirages already deployed from Gwalior to Adampur a day earlier, headed to Himachal Pradesh where all were refueled. A force of 6 Mirage-2000s went on and , as part of an elaborate deception plan, the IAF, between 3.30am and 4pm, launched two six-aircraft sorties in a staggered manner from Bhisiana towards Okara-Bahawalpur, and from Halwara towards Lahore — to distract the two CAPs of the PAF that were airborne that night from Rafiqui and Sargodha. So IDF brings home activity and Intelligence at work.

The 6 Mirages struck Balakot by 3.35am and launched five Spice-2000s from an altitude of 20,000 feet 40 km away as per target chosen from many by Intelligence and ACM Krishnaswamy on CNN 18 said IAF offered 5 targets. Only three separate targets (large dormitories/hostels housing up to 247 terrorists and their 19 trainees/instructors) were attacked at 3.53am. One Spice did not launch since it could not acquire the target amidst thick forest vegetation. Immediately after this, the 6 Mirages began their return at around 3.53am, while the PAF's F-16s were still 120km away (they reached Balakot only four minutes later). Posted by Hum Janenge at 5:29 AM No comments:

Re: [IAC#RG] DIMINISHING DISTINCTION BETWEEN PRESENT DAY POLITICIANS AND CRIMINALS

"Are we Indians paying too big a price for electoral democracy?"
Nothing wrong with our electoral democracy. As always, the wrong/fault, if any, lies with the people elected/appointed(bureaucrats) to run the system. That's where we, the people, have been failing to set right the system. We only involve ourselves on the day of polling once in five years. Thereafter, we maintain no connection or no relation with our elected representatives. Consequently, the elected and the electors are left to fend for themselves in their own ways without any accountability to each other. Unless we, the people, assert ourselves by engaging our elected continuously giving an impression that we are closely watching his/her performance, we can't make them accountable to us.
Regards,
D.S.Ranga Rao
8379813275
9969 069 144

To
India Against Corruption
DIMINISHING DISTINCTION BETWEEN PRESENT DAY POLITICIANS AND CRIMINALS
` Nobody anymore believe that a politician is a honest person. Almost everyone thinks that politicians have huge black money , they accumulate wealth by dishonest methods and behavior of some of them is not much different from criminals. Many politicians face criminal charges including murder. Most of them go scot free using their money power and by circumventing the law.The forthcoming parliament election is a clear case of unprincipled politicians who form alliance between various groups purely to win election and seize power and accumulate more money. It is distressing that in number of cases, politics has become a family business.In such circumstances, it is impossible for honest people to contest elections and win. Possibly, the large number of voters who vote on the basis of caste, cash they get or the freebies they get are also responsible for the electoral success of criminal politicians and the politicians exploit the weakness and vulnerability of these people.In the case of thieves , they don's claim that they are honest people and they have no ethical and moral values. Are the politicians today any different from the thieves ? Probably, some of them are worse than thieves , since even as they indulge in corrupt dealings , they claim that they are honest.Are we Indians paying too big a price for electoral democracy ?N.S.VenkataramanNandini voice For The Deprivednandinivoice.com
Post: "indiaresists@lists.riseup.net"
Exit: "indiaresists-unsubscribe@lists.riseup.net"
Quit: "https://lists.riseup.net/www/signoff/indiaresists"
Help: https://help.riseup.net/en/list-user
WWW : http://indiaagainstcorruption.net.in

Posted by Hum Janenge at 9:54 PM No comments: